RISE WITH THE DIGITAL CURRENCY MARKET 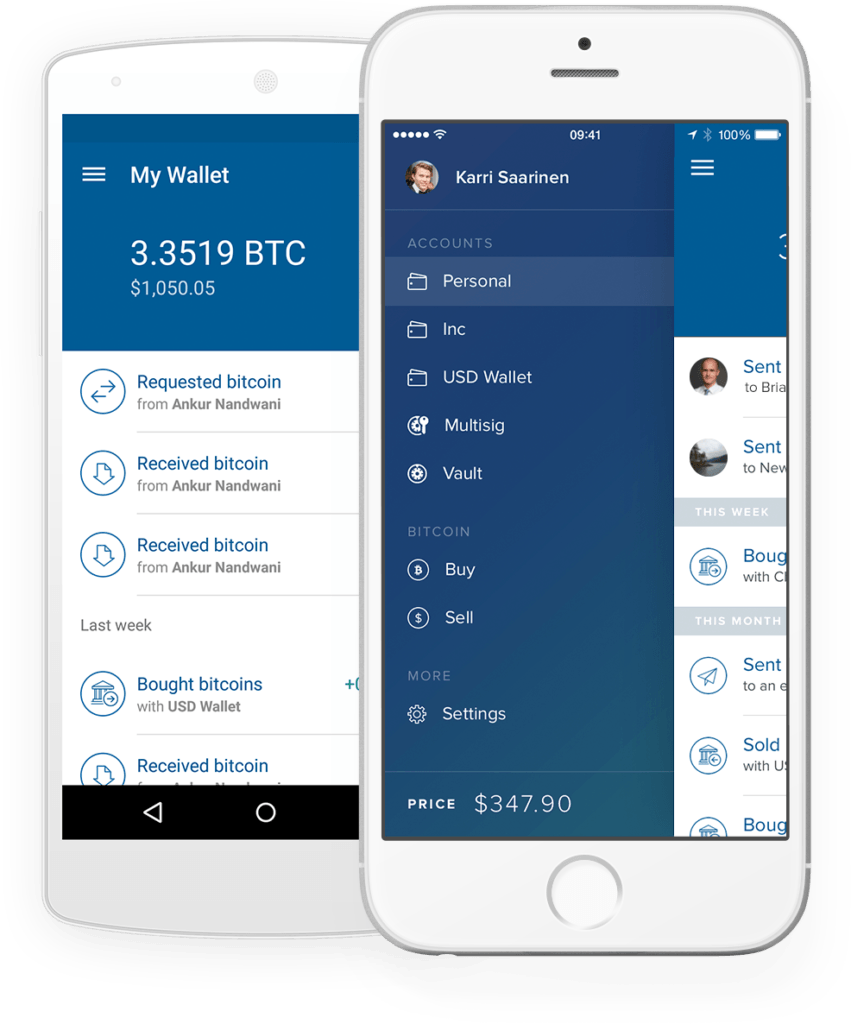 YOU CAN TRADE, INVEST, SEND, RECEIVE AND STORE CRYPTOCURRENCY SECURELY ON ANY DEVICE FROM ANYWHERE IN THE WORLD.

WHAT IS CRYPTOCURRENCY AND IS IT THE FUTURE MONEY? 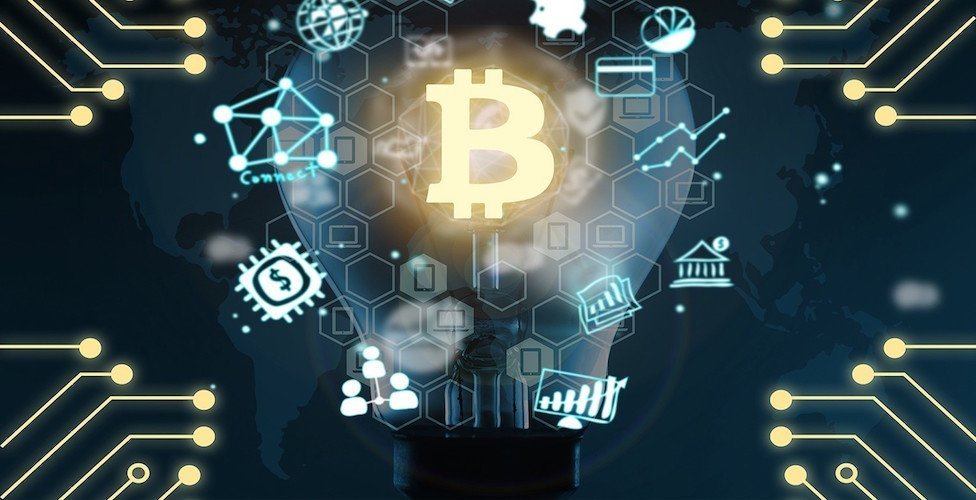 Cryptocurrency is the new phenomenon of the global market; the fast-paced digital world has really revolutionized the financial sector and the way we do business transactions today. The internet and the virtual environment as reshaped our lives dramatically. The traditional way of doing business is now becoming obsolete due to the internet’s speed and growth.

Cryptocurrency is the quickest way to send and receive money worldwide. Nodes control it, as in computers, that verified every transaction. It doesn’t have a fixed authority, and it’s decentralized, not controlled by any government body or entity. The transactions are verified and stored in a public ledger called the Blockchain. The blockchain network records cryptocurrency transactions and can only be updated or modified when the majority in the chain agree to it.

Cryptocurrency transactions are done peer to peer. It is said that cryptocurrency is for the people since it causes the inexistence of a third party. 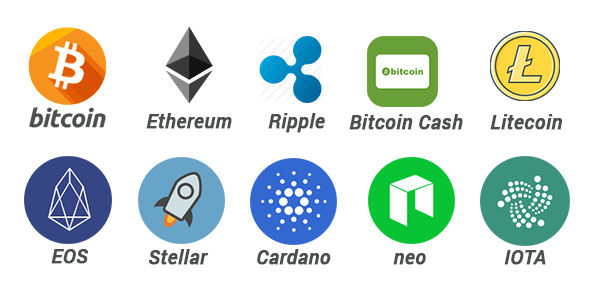 A cryptocurrency is a digital or virtual currency that is designed to work as a medium of exchange. It is created and managed through the use of advanced encryption techniques known as cryptography. Cryptography is codes used to secure the means of exchange in a peer-to-peer transaction. It is an intangible form of currency, which has no physical attributes other than the computer network or smartphone it sits on, connected to millions of computers globally.

Cryptocurrency is nothing new to the world. Back in 1983, an American cryptographer David Chaun created an anonymous cryptographic electronic money called ecash and later implemented it through digicash in 1995. An early form of cryptographic electronic payments which required user software to withdraw notes from a bank and designate specific encrypted keys before it can be sent to a recipient. This allowed the digital currency to be untraceable by the issuing bank, the government, or any third party.

Further, in 1998, Nick Szabo created bit gold, an electronic currency system similar to bitcoin, which required users to complete a proof of work function with solutions being cryptographically put together and published. But all failed because they used a trusted third-party approach, in which the companies behind them verified and facilitated the transactions.

Cryptography was born to convert legible information into an enigmatic code, transferring messages securely to and from various unknown sources. Later, it evolved into the digital age with elements of mathematical theory and computer science to become a path to secure communications, information, and money online, infiltrating computers and smartphones on a global scale.

Since there have been many failed attempts to develop digital currency in the early 90s, another currency was created in 2009, called Bitcoin, which came with a different approach without a central authority or entity control. Bitcoin was created by Satoshi Nakamoto, whose identity is yet known. Bitcoin is the first and the most popular cryptocurrency on the market. It has surged in the global market and has given birth to thousands of alternative blockchain-based coins like Ethereum, Ripple, Litecoin, etc.

THE FUTURE OF CYPTOCURRENCY

Since this market is decentralized and out of government control, predicting what will happen with cryptocurrency is not easy. However, what I know is that the market is becoming widely adopted by people worldwide, and many countries, like the United States, China, the UK, are accepting it.

We are in the digital age where everything is about speed, and cryptocurrency masters that aspect of the internet and business. Due to the high adaption rate, more regulatory bodies step in to protect citizens from fraudulent crypto providers.

This new-age technology created a lot of billionaires in 2017 when Bitcoin almost hit $20,000.00 per coin. Right now, the question to ask is whether it’s a wise investment move? I think it is. However, the market is very volatile and risky, so it’s best to invest an amount you are willing to lose.

HOW DOES IT WORK? 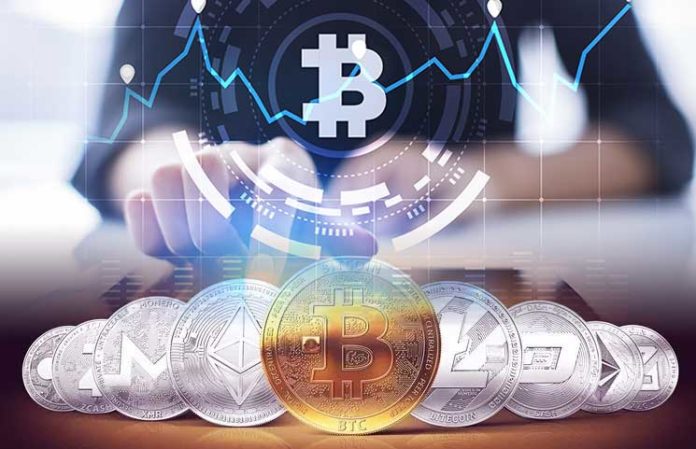 A Cryptocurrency transaction is verified by the blockchain network. A blockchain is basically a ledger that records and stores digital information on a public database. Cryptocurrency uses a cryptography process to convert legible information into an uncrackable code to track purchases and transfers.

To understand how cryptocurrencies work, it is best to start with Bitcoin, the most popular used cryptocurrency.

Cryptocurrencies like Bitcoin get transferred from one user’s wallet to another user’s wallet. There is no third-party authority like a bank that monitors, assists, or manages the transaction.

Once you open a digital wallet from a site like Coinbase, a public address will be generated for you to use to send and receive digital currency. You can give this address to the user that you are planning to transact with.

Bitcoins are created digitally through a “mining” process that requires powerful computers to solve complex algorithms and crunch numbers. When the problem is solved, the transaction is verified. Verified transactions are then recorded in blocks on the blockchain, which makes up the public ledger.

Miners involved in verifying the transaction receive Bitcoin rewards for their efforts. In addition to these rewards, miners also get to keep the transaction fees paid in the exchange.

WHY SHOULD YOU USE IT?

People from all over the world are using cryptocurrency as a safe and secure medium to transit money. Cryptocurrency can be used to send money to anyone anywhere in the world, instantly, with low fees and no middleman.  Many countries like Japan, China, and Switzerland have already considered cryptocurrency as a secondary or alternative currency for transactions. Bitcoin is a worldwide payment system, the first decentralized digital currency that doesn’t require a central bank’s administrative control. While Bitcoin has dominated the market, more digital currencies are emerging to challenge its leadership.

SHOULD YOU INVEST IN CRYPTOCURRENCY?

If you are considering investing in cryptocurrency, you should know that you run the risk of losing most, if not all, your investment. The reason for saying this is the fact that the market is highly speculative and very volatile. A cryptocurrency has no intrinsic value (a measure of what an asset is worth) apart from what a buyer is willing to pay for it at a point in time. Volatility causes big up and down price movements, which may increase the risk of a loss or gain in the market.

Bitcoin went to an all-time high of almost $20,000 back in 2017 and went back down to $3,000 in 2018. Today the price is fluctuating at $12,000.00 at the time of writing this.  Speculators are of the view that its limited supply and growing usage will drive the value up, and some are saying it’s a bubble (rise far above its real value) that will come to an end. In my opinion, what is important is that you should understand, analyze, and focus on the probability of the market and invest an amount that you can afford to lose.

Cryptocurrency is becoming adaptable in many countries, and many people looked to it as their medium of exchange for a  speedy transaction. The digital age is growing rapidly, as new cryptos are produced daily. Bitcoin, the first and most commonly used crypto as really change the game of the financial sector. Its success has given birth to all alternative cryptocurrencies such as Ripple, Ethereum, and Litecoin. Bitcoin inspires the financial community to look ahead to the future because whether bitcoin fails or succeeds, it won’t change the fact that the digital world is on arise.

HOW TO PURCHASE, TRADE AND INVEST IN CRYPTOCURRENCY AS A BEGINNER?

LEARN HOW TO PROFIT FROM THIS DIGITAL MARKET 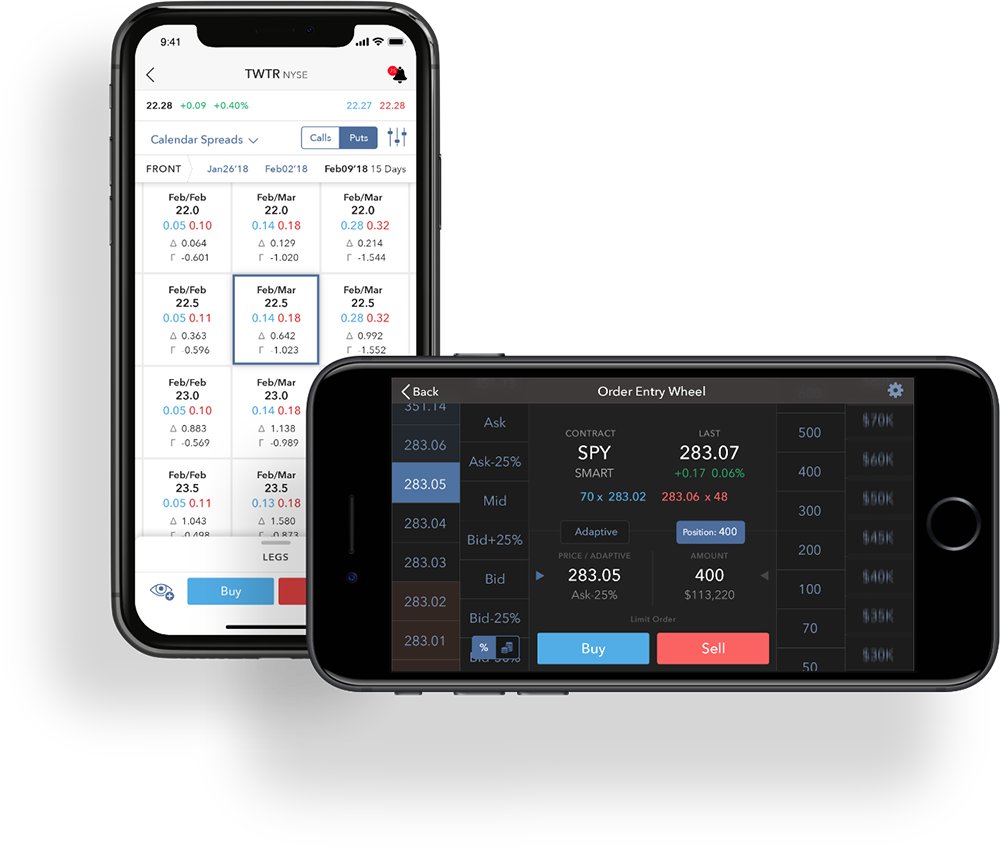 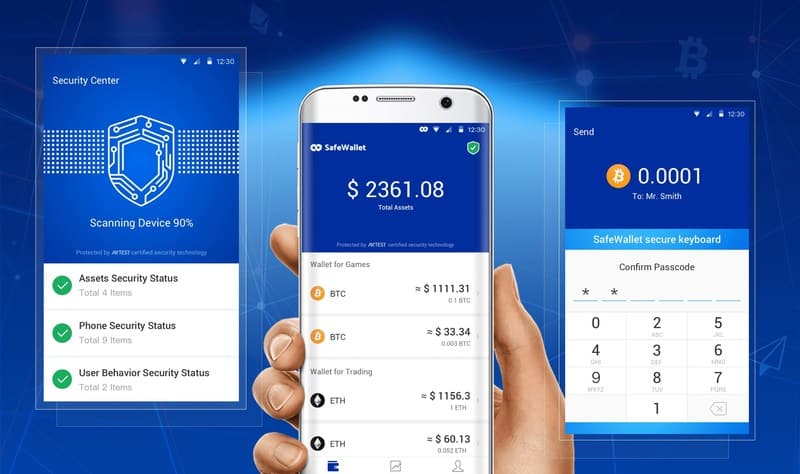 HOW TO OPEN A CRYPTOCURRENCY WALLET?

Cryptocurrency is stored in a digital wallet to conduct peer-to-peer transactions. A wallet is similar to a bank account that you store traditional currency.

GO HERE
ONLINE CRYPTOCURRENCY COURSES
BUILD YOUR KNOWLEDGE TO GET AHEAD IN THE DIGITAL MARKET
GO HERE
WHAT IS THE DIFFERENCE BETWEEN RIPPLE, BITCOIN AND ETHEREUM
GO HERE
Previous
Next

BUILD YOUR KNOWLEDGE IN CRYPTO & BLOCKCHAIN AND SEEK WORLDWIDE JOBS, START YOUR OWN BUSINESS AND EARN GREATLY

Ivan on Tech Academy is the world’s best Crypto & Blockchain learning platform for newbies, entrepreneurs, and investors. Ivan On Tech Academy was launched in 2017 by Ivan Liljeqvist and Filip Martinsson in Stockholm, Sweden. Ivan and Filip studied computer science together at KTH Royal Institute of Technology. Thereafter, their passion for programming, blockchain, and cryptocurrency led them to start Ivan On Tech Academy.

Today Ivan On Tech Academy is the leading Online university for blockchain, cryptocurrencies, and programming. The platform has trained and educated over 20,000 students and has created top courses for students to become top professionals for the job market. Their courses range from introductory courses on Blockchain, Bitcoin, and programing to Smart Contract Programming, Bitcoin, and Blockchain Business Masterclass. They provide hundreds of assignments, quizzes, on-demand video courses, homework, and programming challenges.  As a student, you will have access to the following;

However, to gain access to all courses, you’ll have to get a premium or professional plan. Their basic plan is good for complete beginners, but to get real insights into space or to gain opportunities when it comes to employment or business ventures, the upgrade is way better.

Visit the academy and learn more. 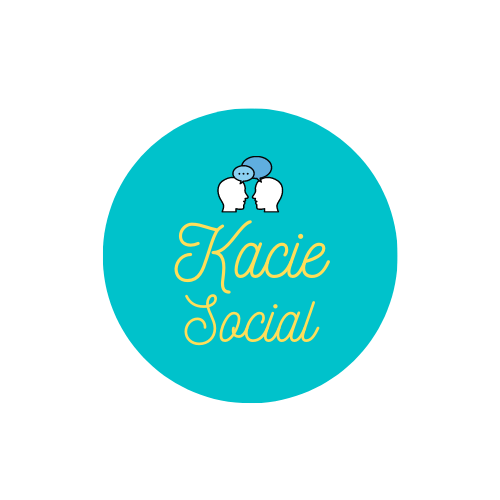 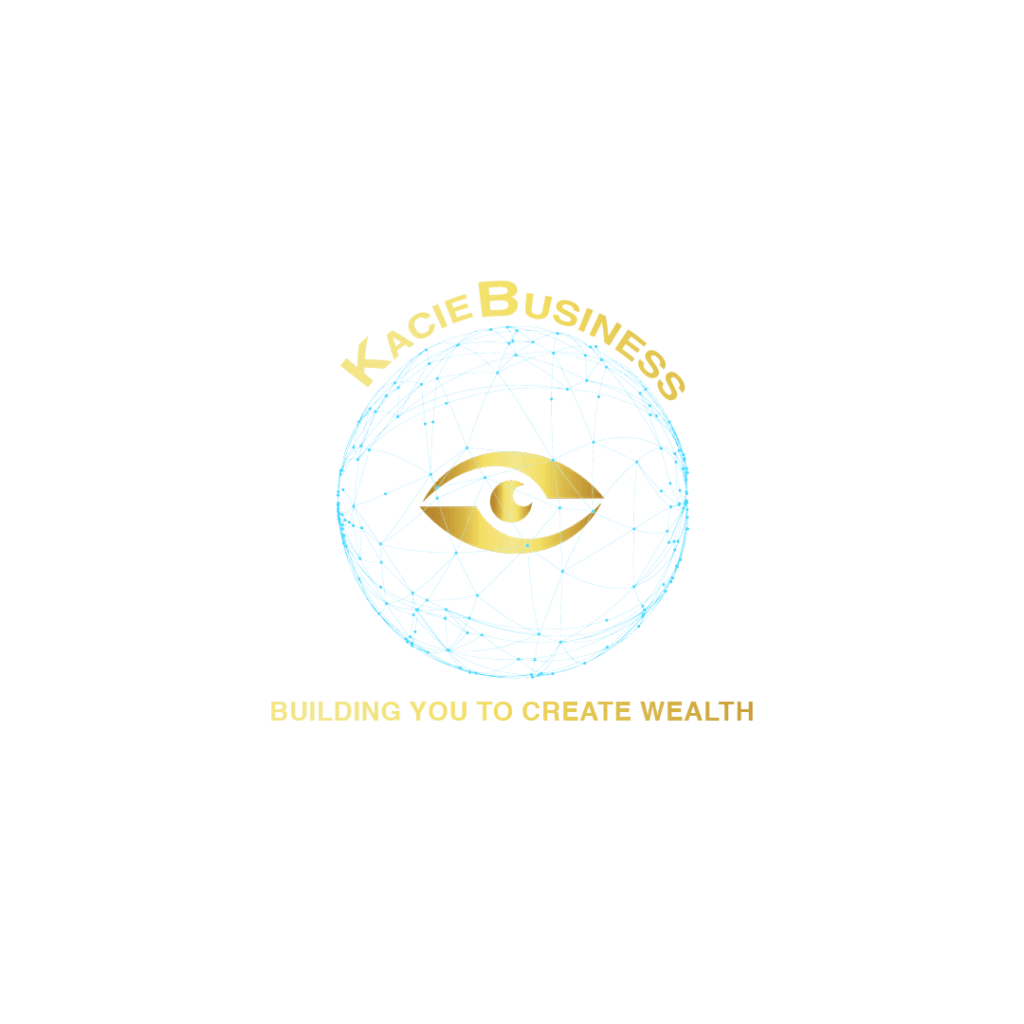